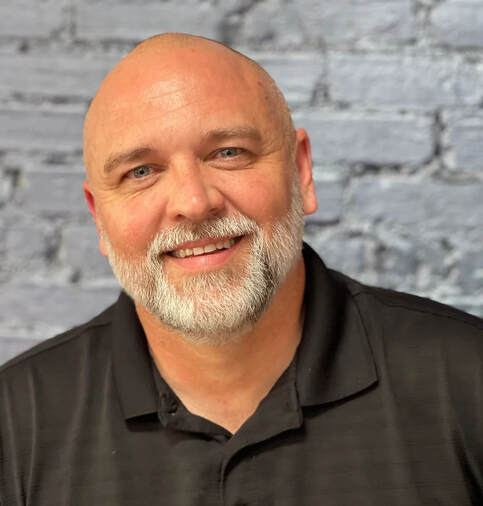 Click on Jay's name or picture to go to his campaign website.
A message from Jay Carey (July 30th, Facebook):
​The candidate formerly running had to drop out and I am honored to be able to run for North Carolina's 48th Senate District. As a highly decorated, 20 plus year United States Army combat veteran, I am devoted to protecting the individual freedoms and rights of North Carolina’s residents.
Chuck Edwards has failed NC, and Tim Moffitt will be no different. Both have a lengthy voting record of corporate deregulation, voter suppression, and anti-choice fanatics. That is why I decided to step up and run for Edwards’ soon-to-be vacated Senate seat. With a rogue Supreme Court, the rights of so many different populations are under direct threat. It is critical that we as North Carolinians have the kind of representation that will protect our rights at the state level.
Take back District 48 by sending me to Raleigh to be a commonsense voice for everyone, committed to expanding healthcare access, bringing broadband to rural North Carolina, investing in education, and supporting our veterans. 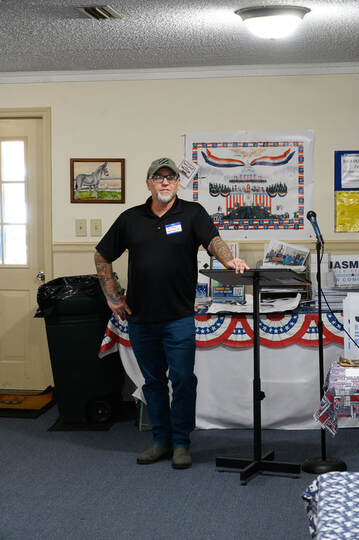 Jay Carey kicks off his campaign in Polk at Women's Club Breakfast (August 6)
We need to get out the vote for our NC State Senate candidate, JAY CAREY.  The Republicans in the NC State Assembly are 2 State Senate seats and 3 State House seats away from having a super-majority where they can override the governors veto.  (Note: There is no Democratic Party candidate for NS House.) We must do our part to stop this from happening. 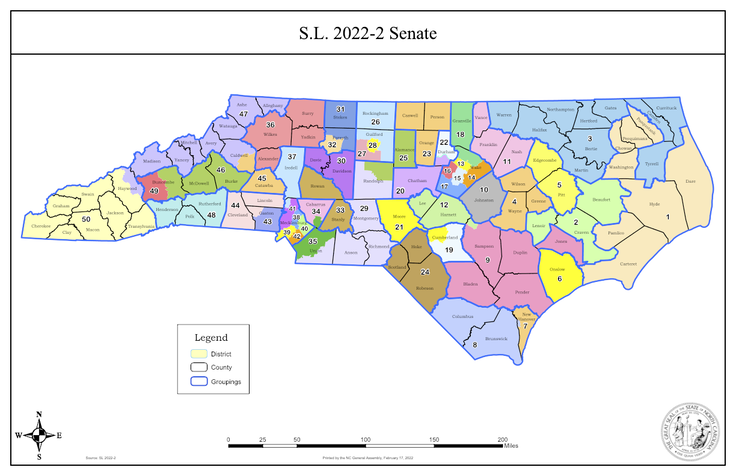 Unfortunately, there are no Democratic Party candidates.

The Critical Nature of the Judicial Elections

The NC Supreme court interprets state statutes and state governmental actions based on the state constitution. They consider whether errors occurred at previous trials or in judicial interpretation of the law.
​
This November's election will decide the balance of power for the NC Supreme Court. Right now, Democrats hold a 4-3 majority, but two of the seven seats are up election. The Republicans will take the majority if we lose even one of these seats.

There are several important issues that the new 2023 court will likely address:  partisan gerrymandering, women’s reproductive rights, and gun safety.  The current Congressional and state legislature maps were approved on an interim basis for this years’ election.  NC lawmakers will get another chance in 2023 to redraw the maps.  Also, with Roe v Wade is overturned, the legality of abortion falls to the state governments.  It will take more than just Gov. Cooper's veto to protect women's reproductive rights.
​
The risk of the NC Assembly (Senate and House) having a super-majority (3/5 in each chamber) to override a veto by Governor Cooper makes the court elections even more critical.  The Republicans only need 2 additional State Senate seats and 3 State House seats to achieve a super-majority assuming they all vote the same way. 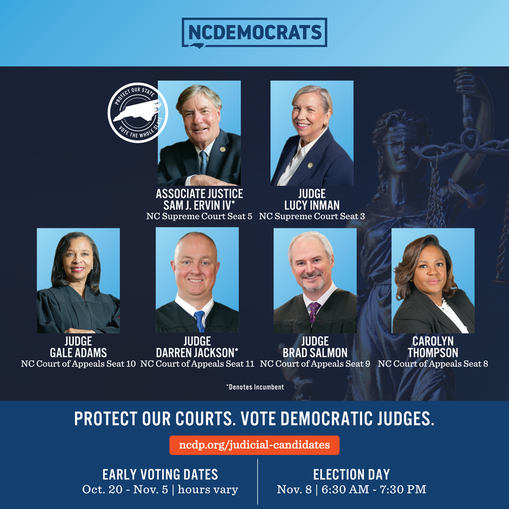 **Vote for Both Democratic Party Candidates**

Note:  Judge Inman will be speaking at the August 29th Women's Club Meeting

**Vote for All 4 Democratic Party Candidates** 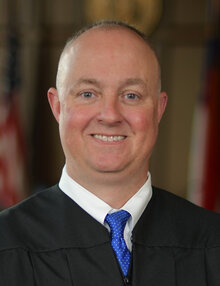